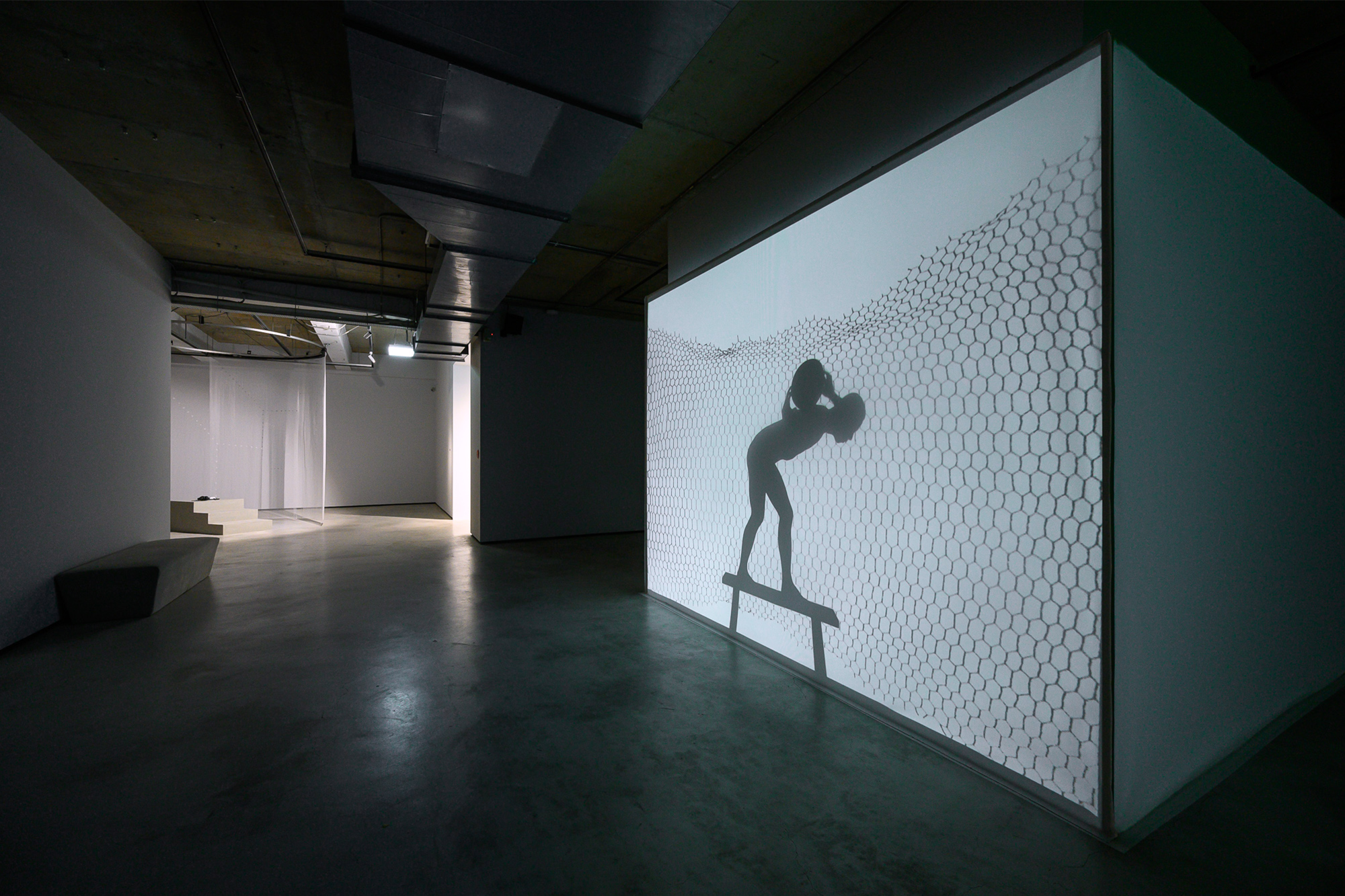 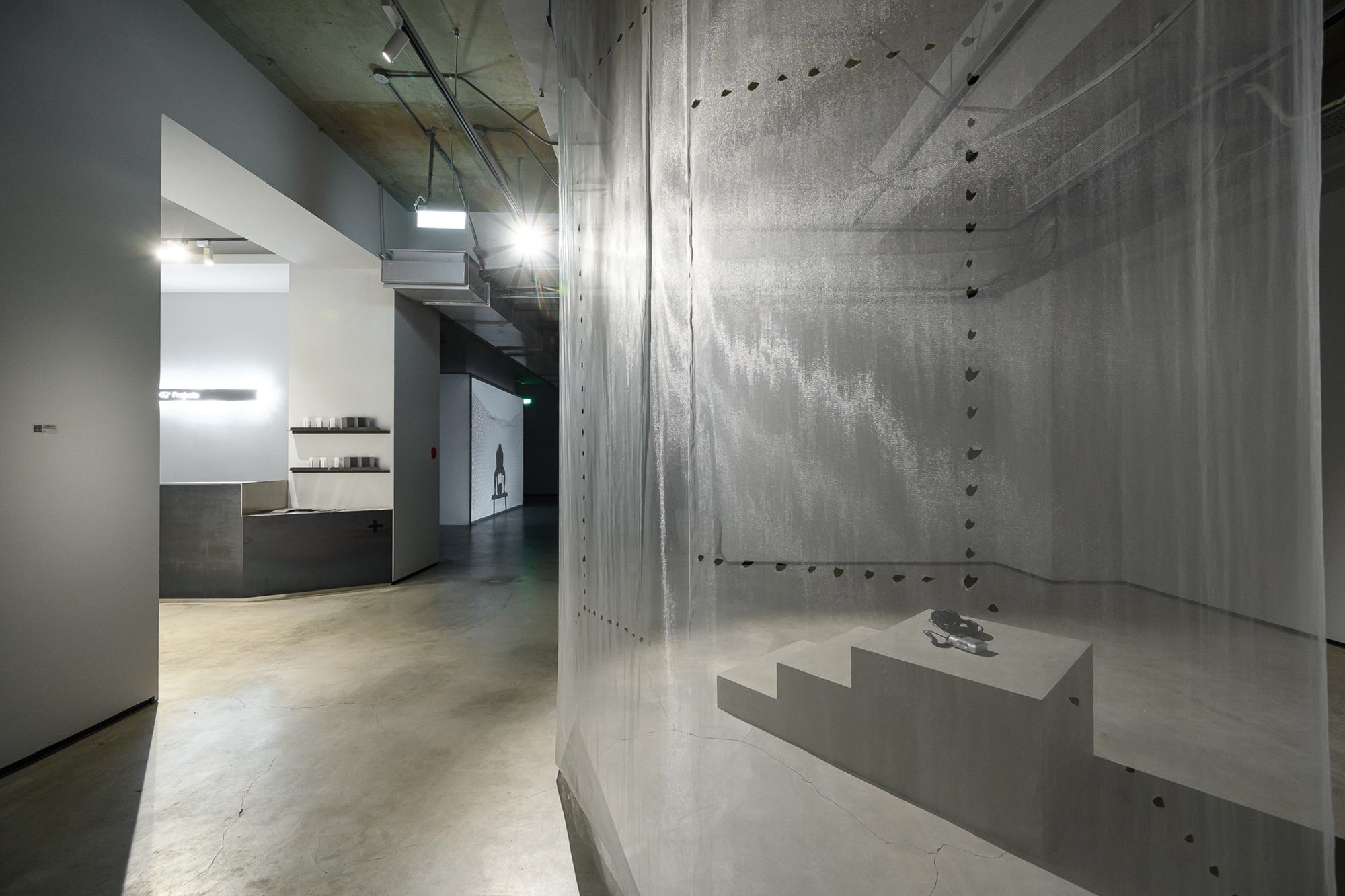 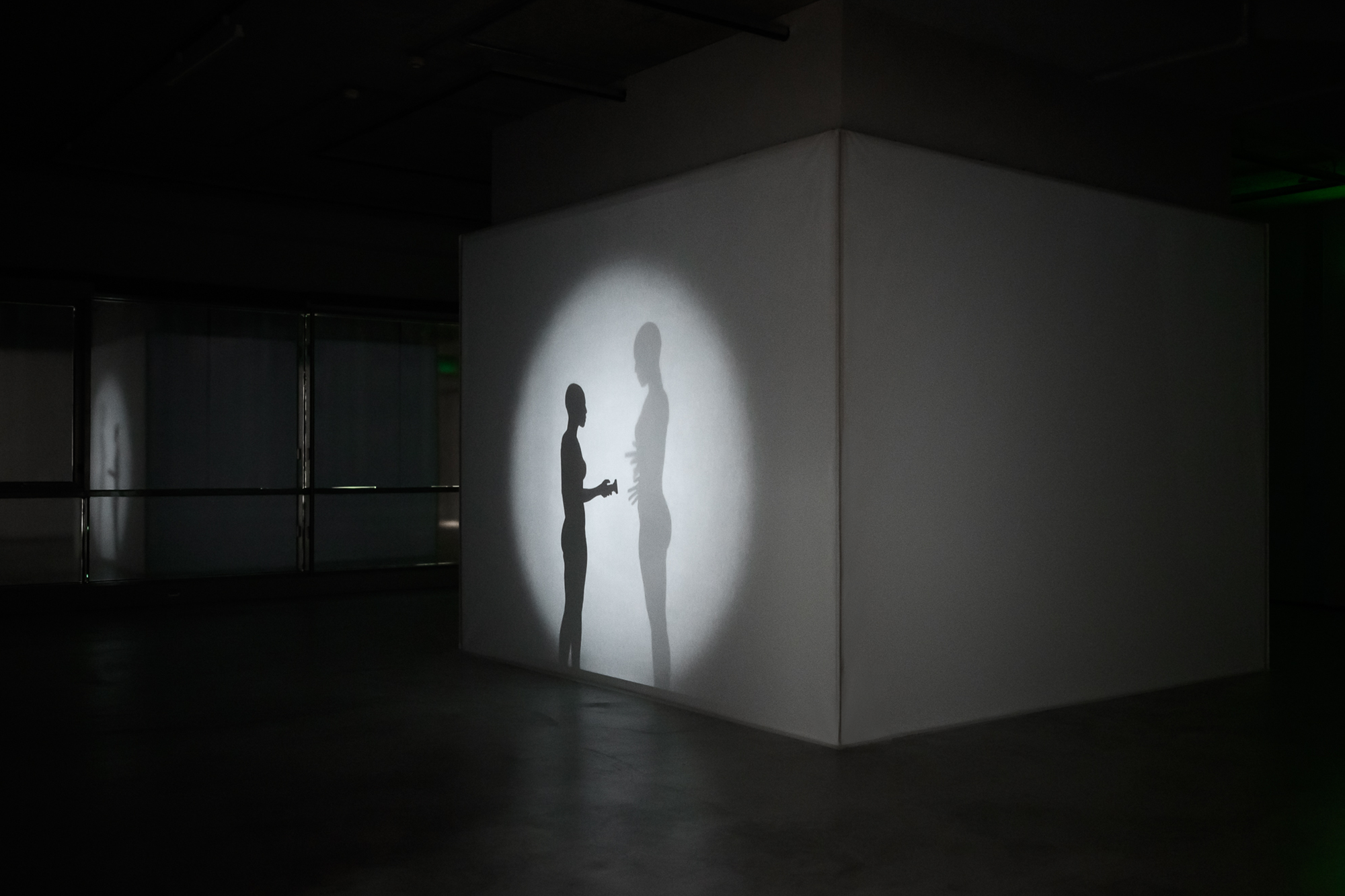 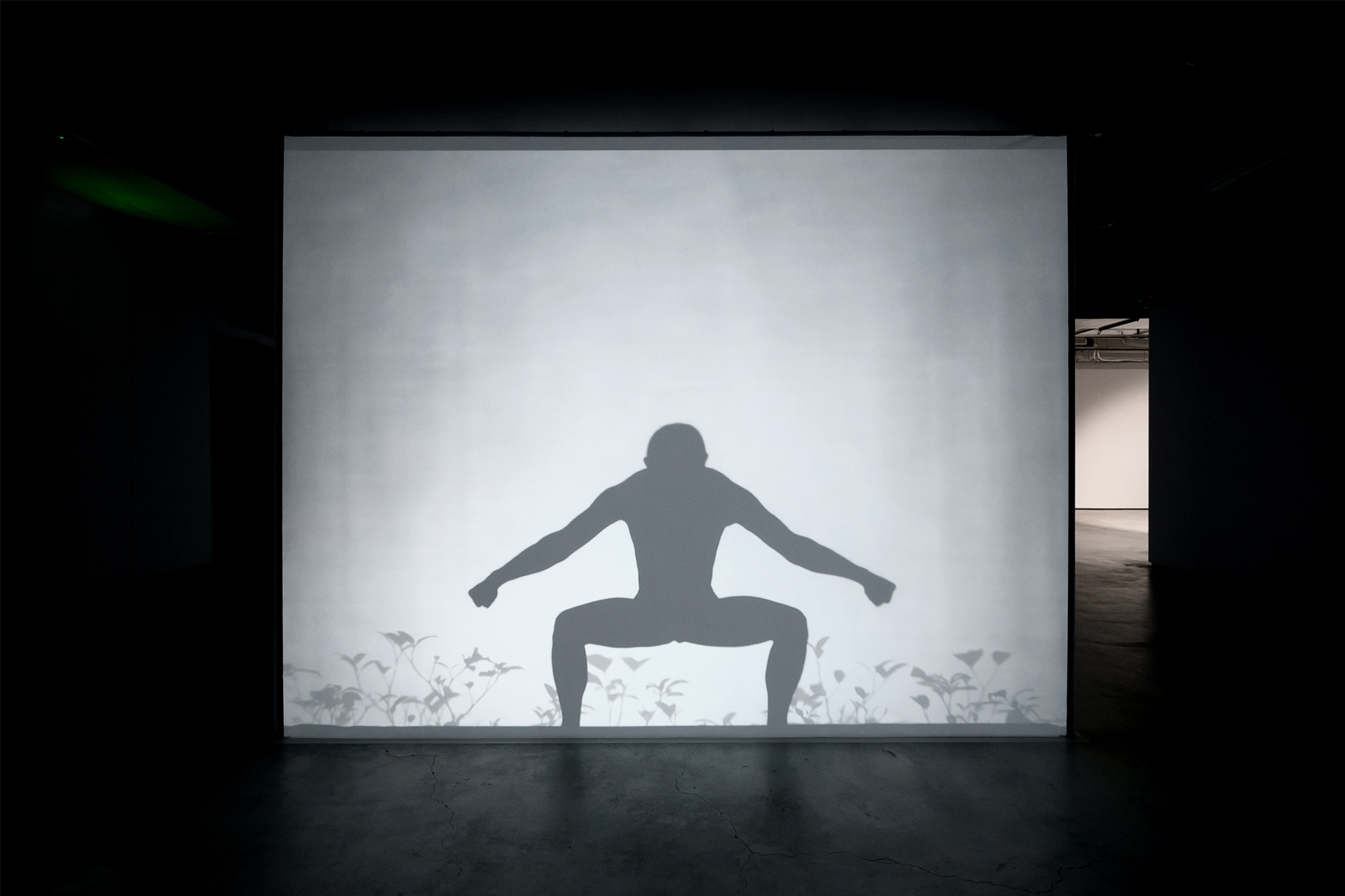 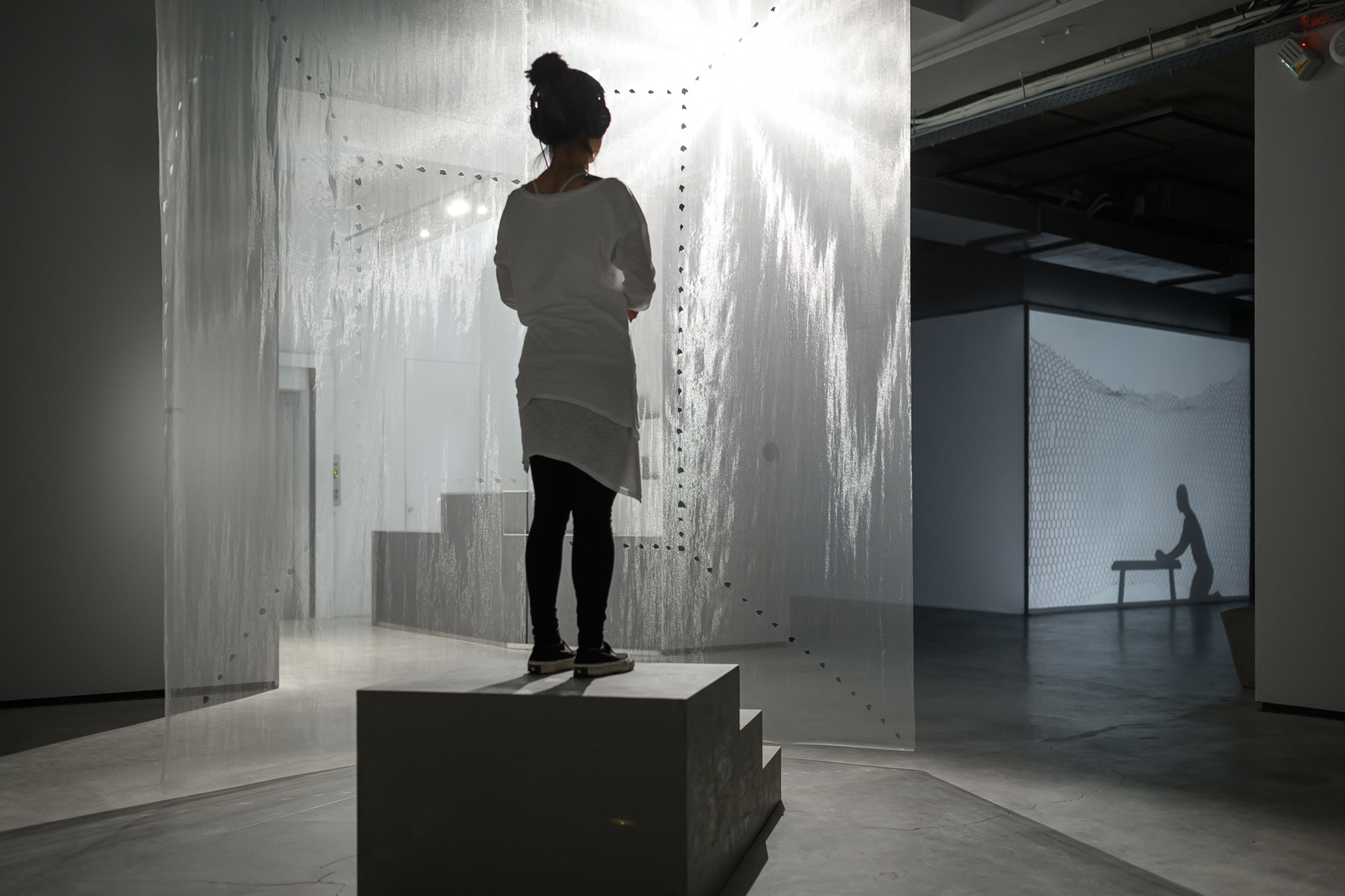 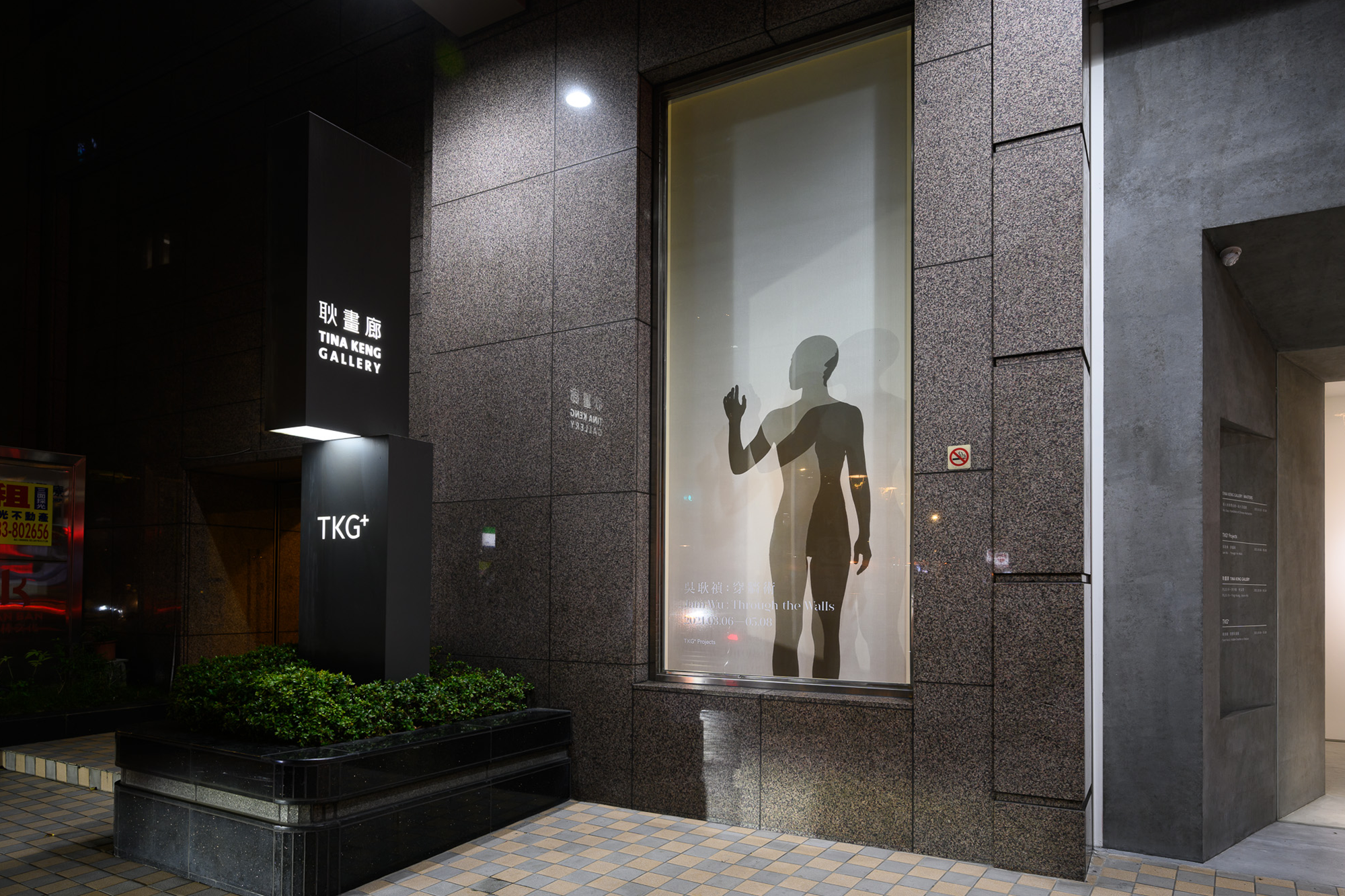 2021 solo exhibition — Through The Walls, TKG+. Photo by © Anpis Wang. Courtesy of the artist. In Wu's latest solo exhibition Through the Walls, he emerges as a set of coordinates to embody the ambiguity in art making, composing poetry with imagery. At the same time, his artistic practice also responds to how Plato compares the four states of soul to the four representations in the classification of knowledge in the Republic. Using the Allegory of the Cave, Plato compares the four states of soul to the condition of the human mind, which also denotes how the individual functions, based on the visible and the intelligible in contemporary life. The four-channel video installation inThrough the Walls creates a visual loop by having a man and a woman perform body movements separately. The projection resembles a shadow play in which images in black and white weave across the screen, transformed into film frames, choreographed into a narrative of the body, each frame a segment of the poem, as well as a phantasmagoric fragment of the subconscious. Wu's mastery of text and imagery has been the basis for this form of writing with imagery. In addition to the visual vocabulary created by the rich shapes in the images, his passion for depicting the indescribable and expressing creative attempts that some might consider ineffable is the manifestation of a poet's endeavor, the pursuit of poetry. 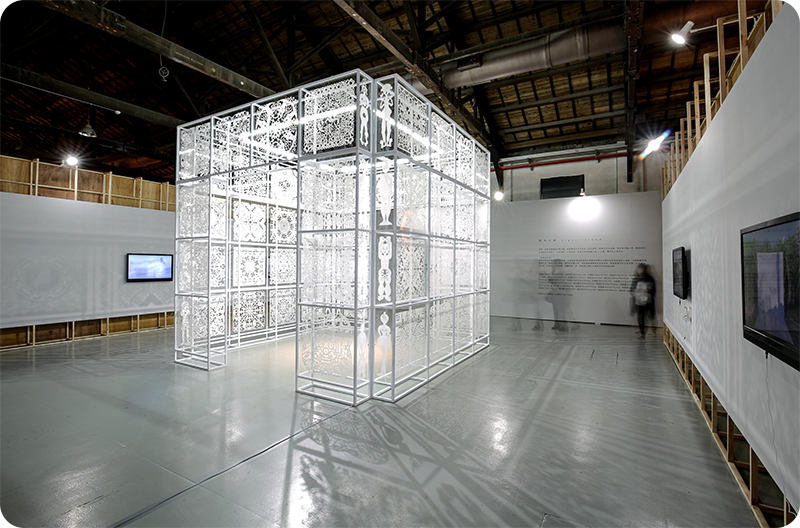 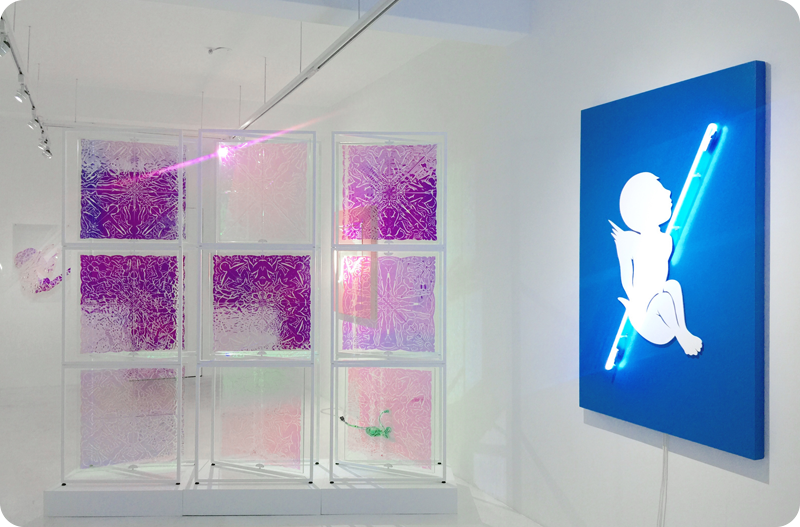 One Thousand And One Nights / Nine Sea / An Evening 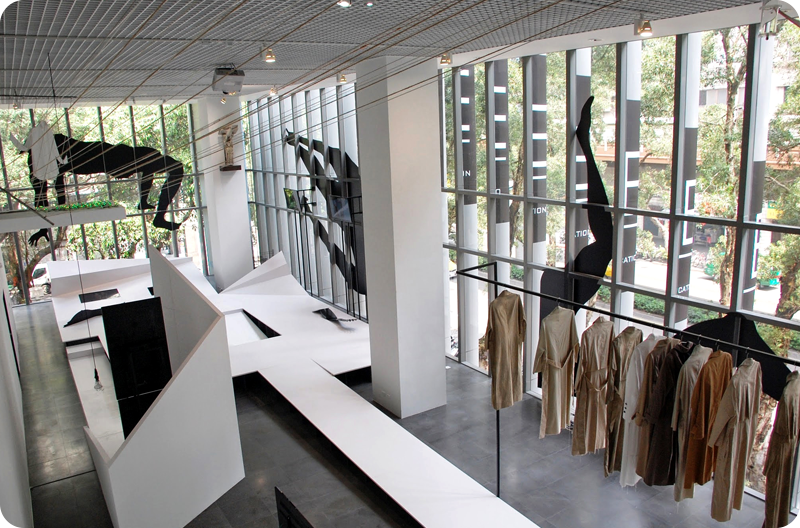 Working Table Of An Artist 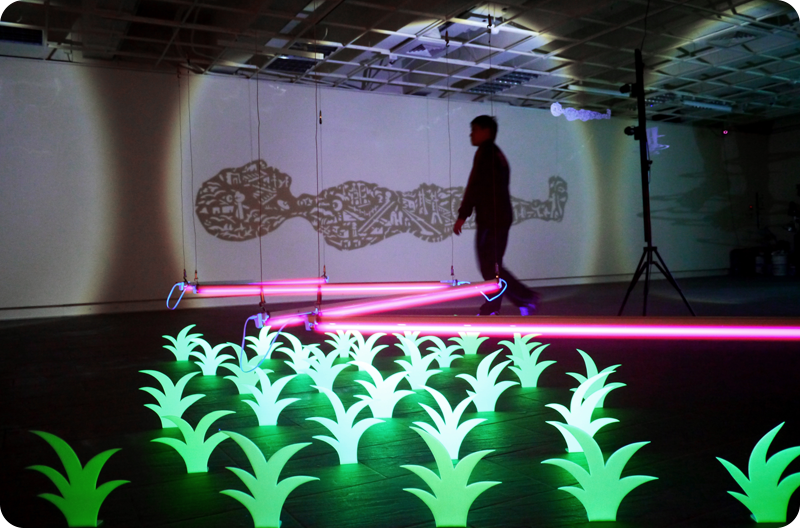 (Happy Or Black Book) For Farmer 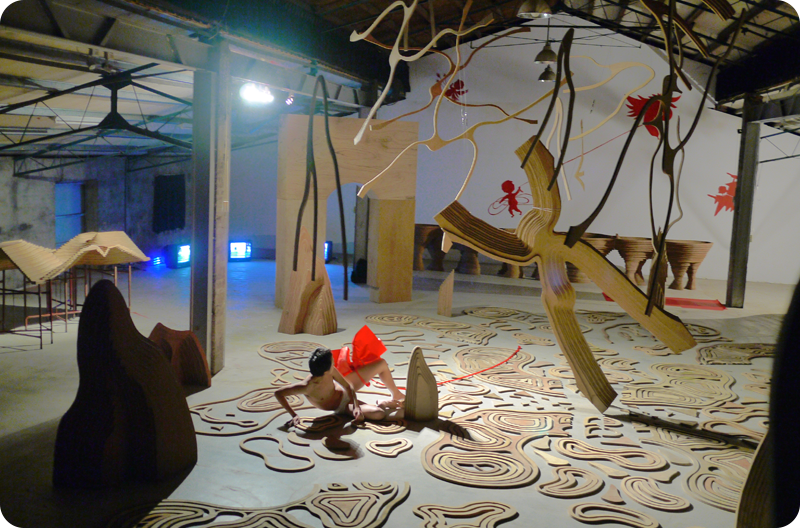 IF YOU SEE A YOUNG SHEPHERD